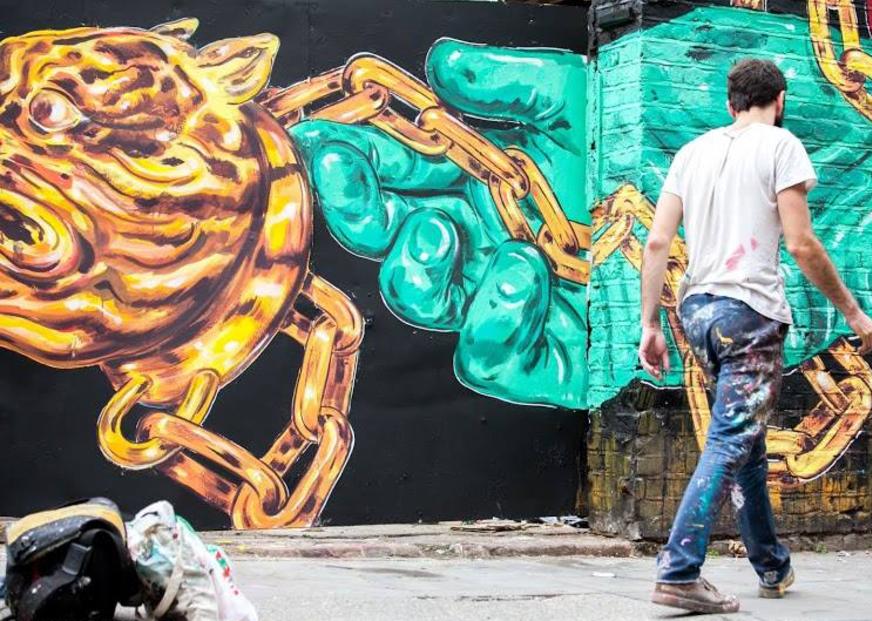 NDA is a public and gallery artist based out of Philadelphia. Although his background is in printmaking and illustration, he is now mostly recognized for his focus on murals and large-scale public work. By combining surrealism, comic humor and real life observations, NDA seeks to shine light on the human condition while at the same time making his audience laugh. His bright and expressive work can be seen around the world from Mexico to Norway. Recent projects have brought him to the Lower East Side for a pop up show in an abandoned market as well as the Newark Museum and a mural with the Philadelphia Mural Arts Program. NDA has also exhibited his work in cities along the east coast such as New York, Philadelphia, Newark and Miami. He has been an artist in residence at Staufferstadt in Strasburg, VA and the Sunnhordland Folkehogskule Teaching Residency in Norway. Additionally, he has been featured in the New York Times, Ginko Press and Esquire.